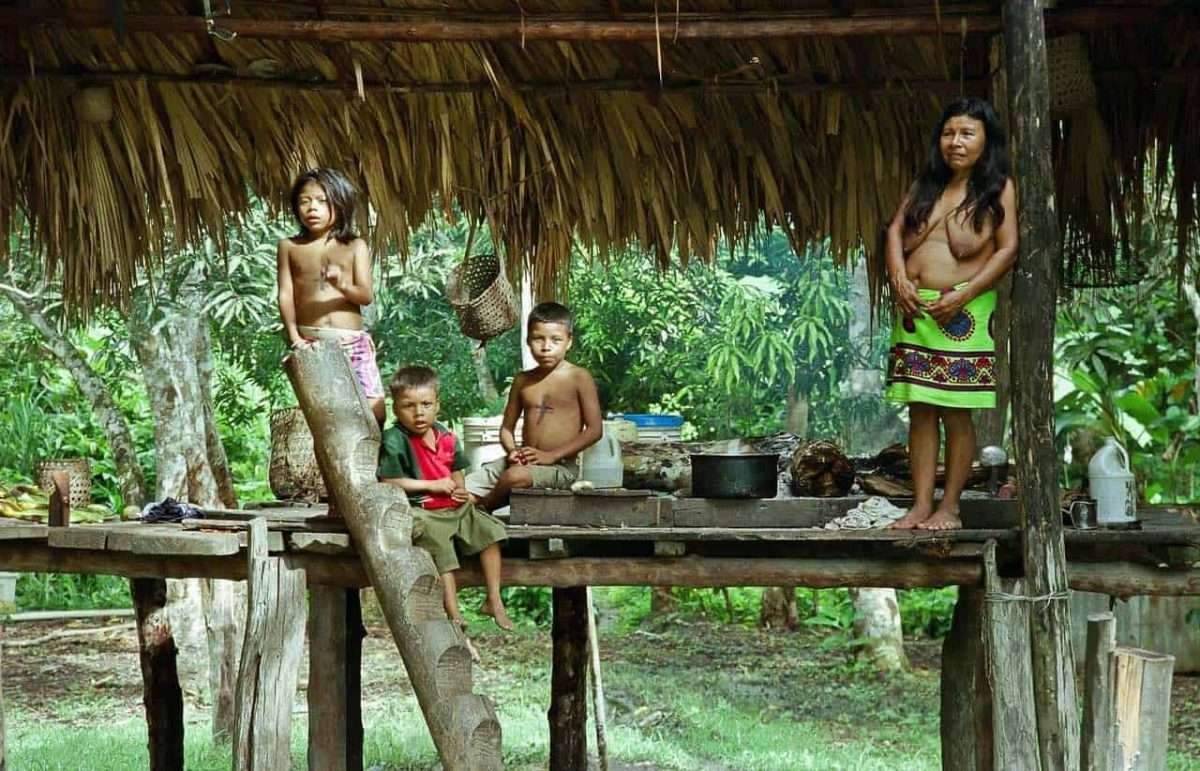 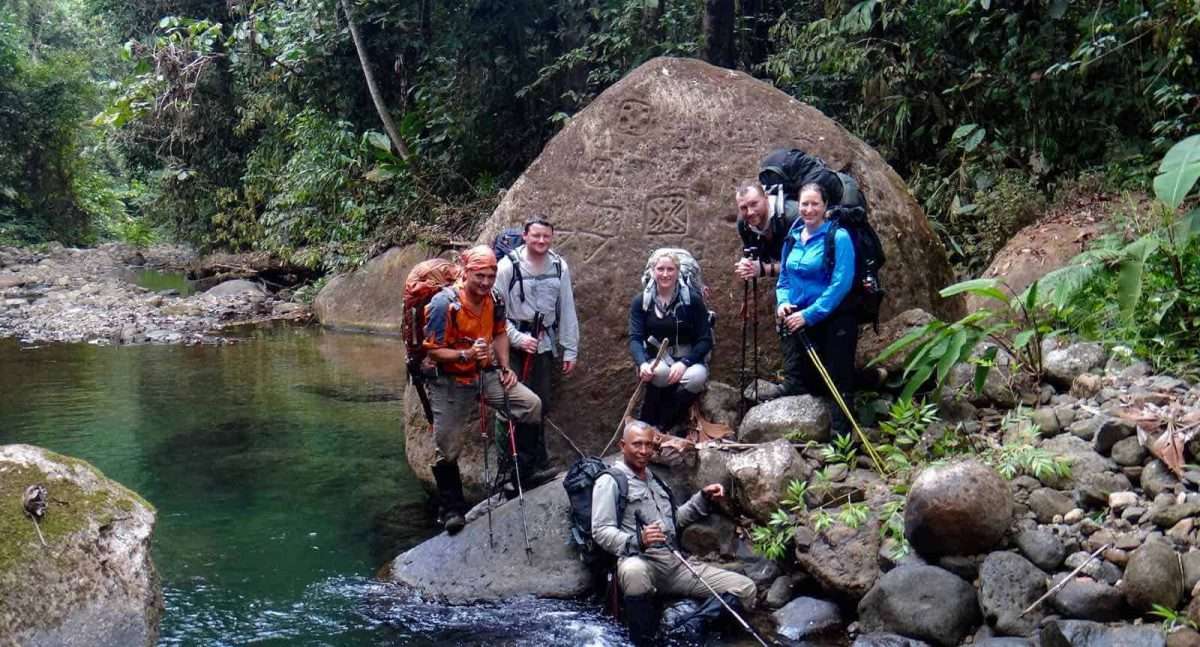 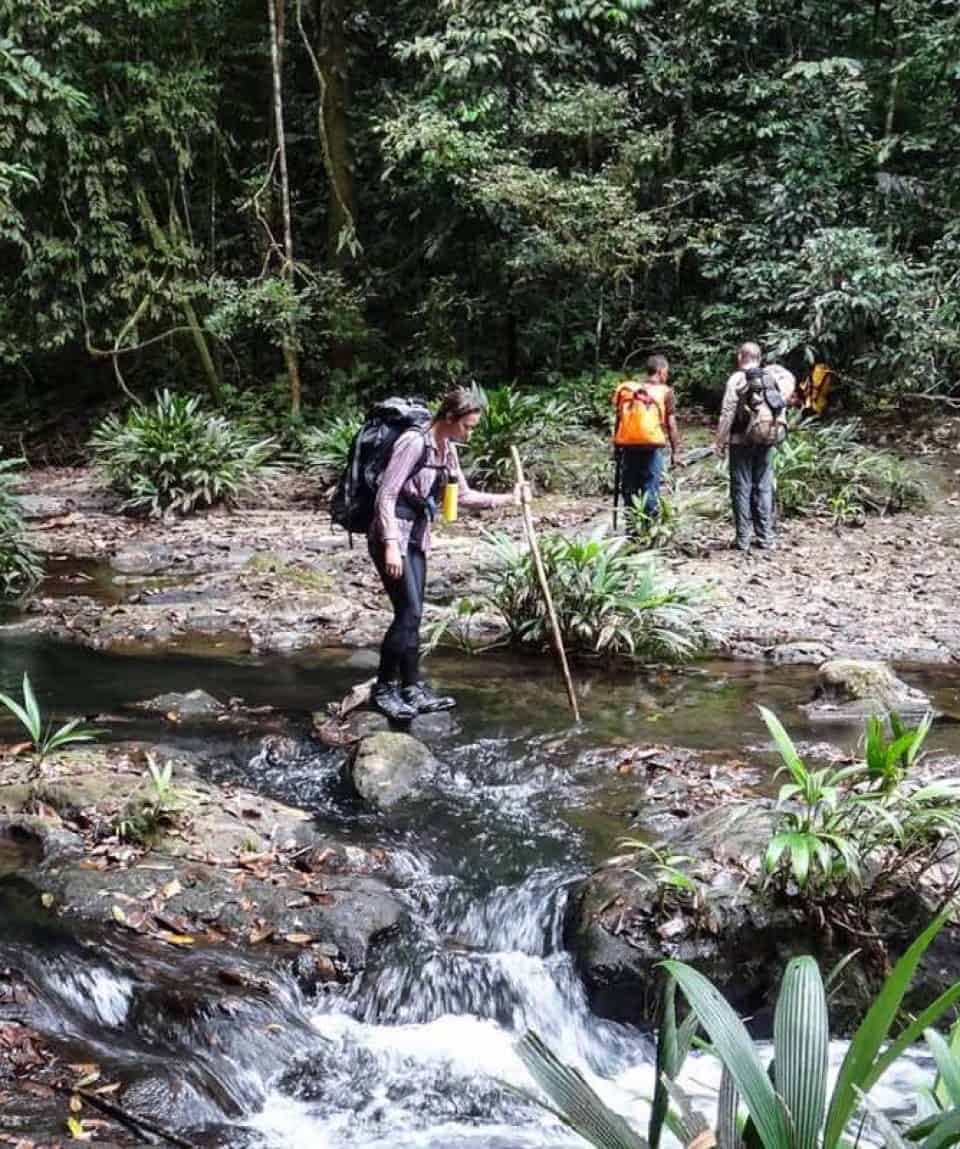 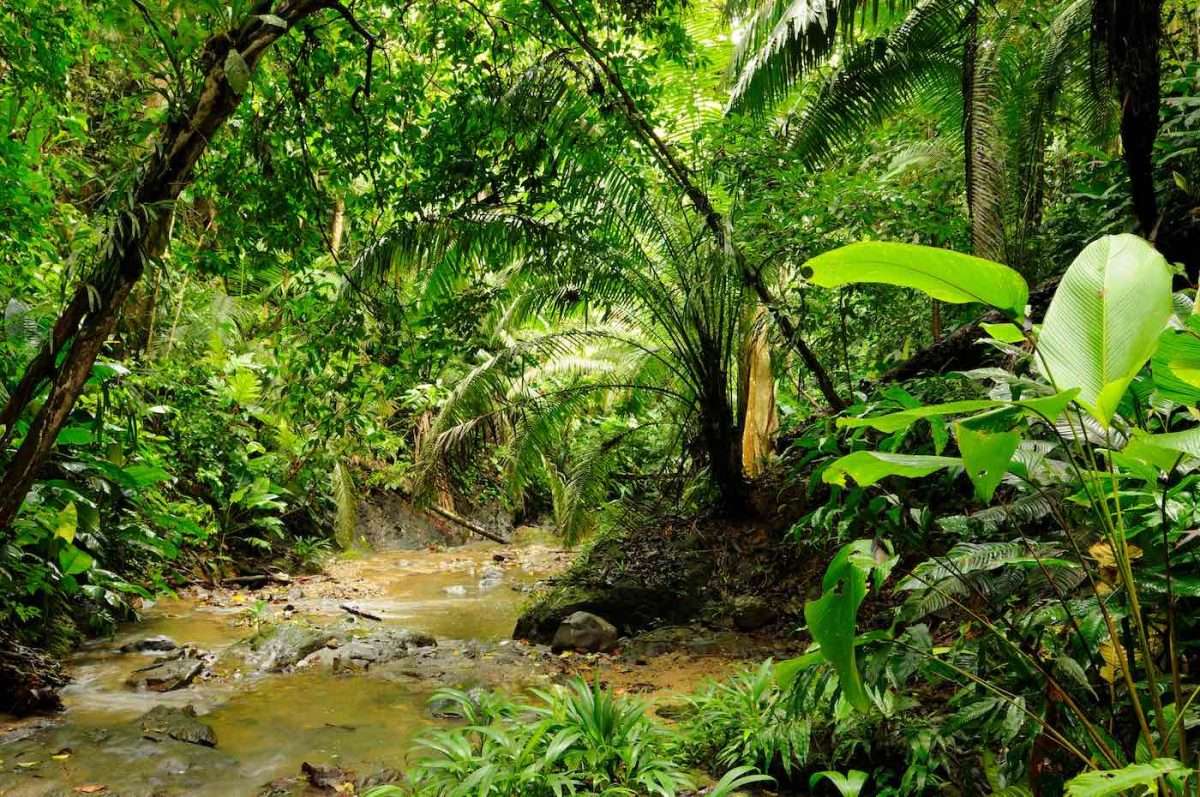 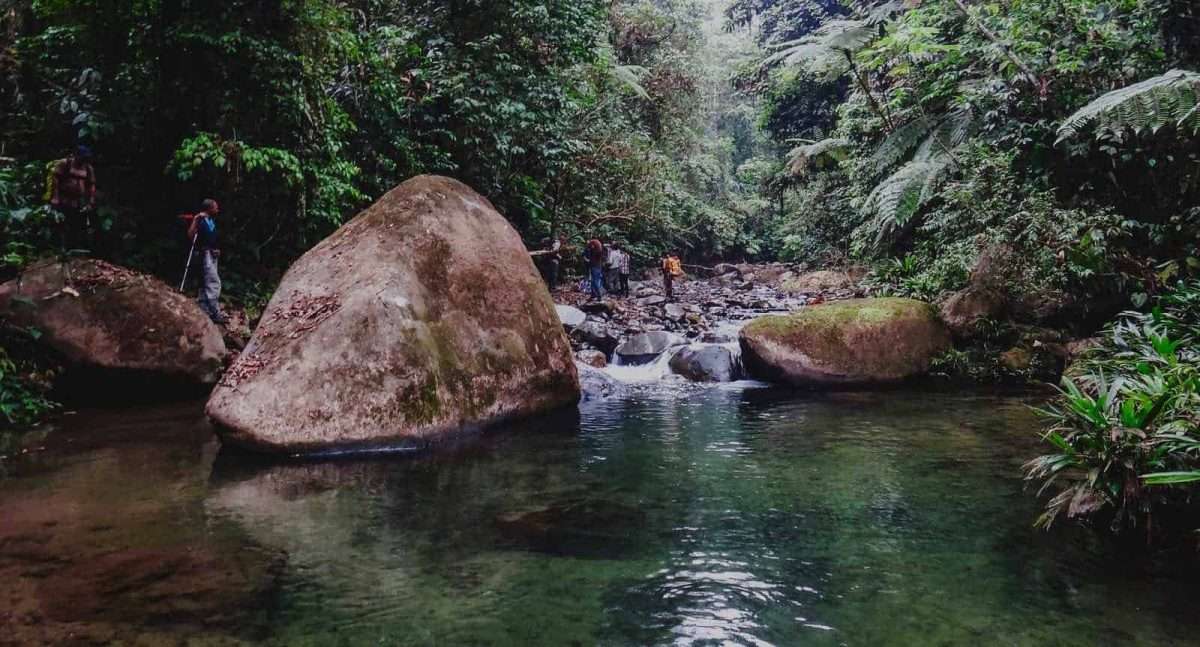 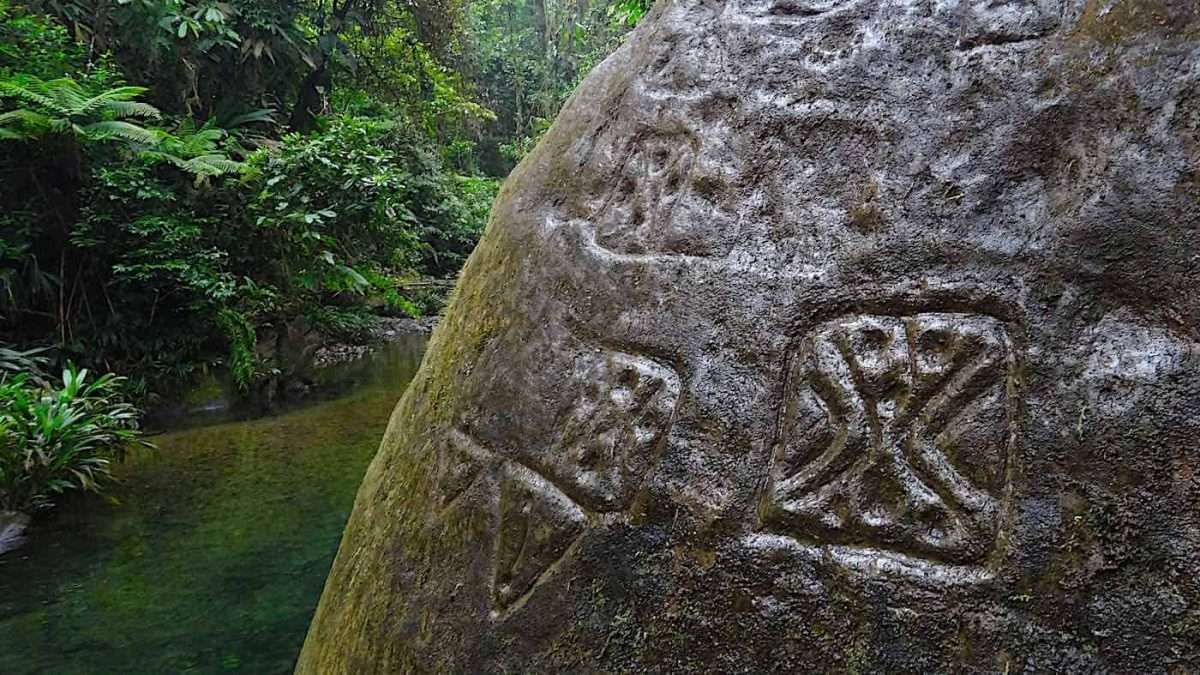 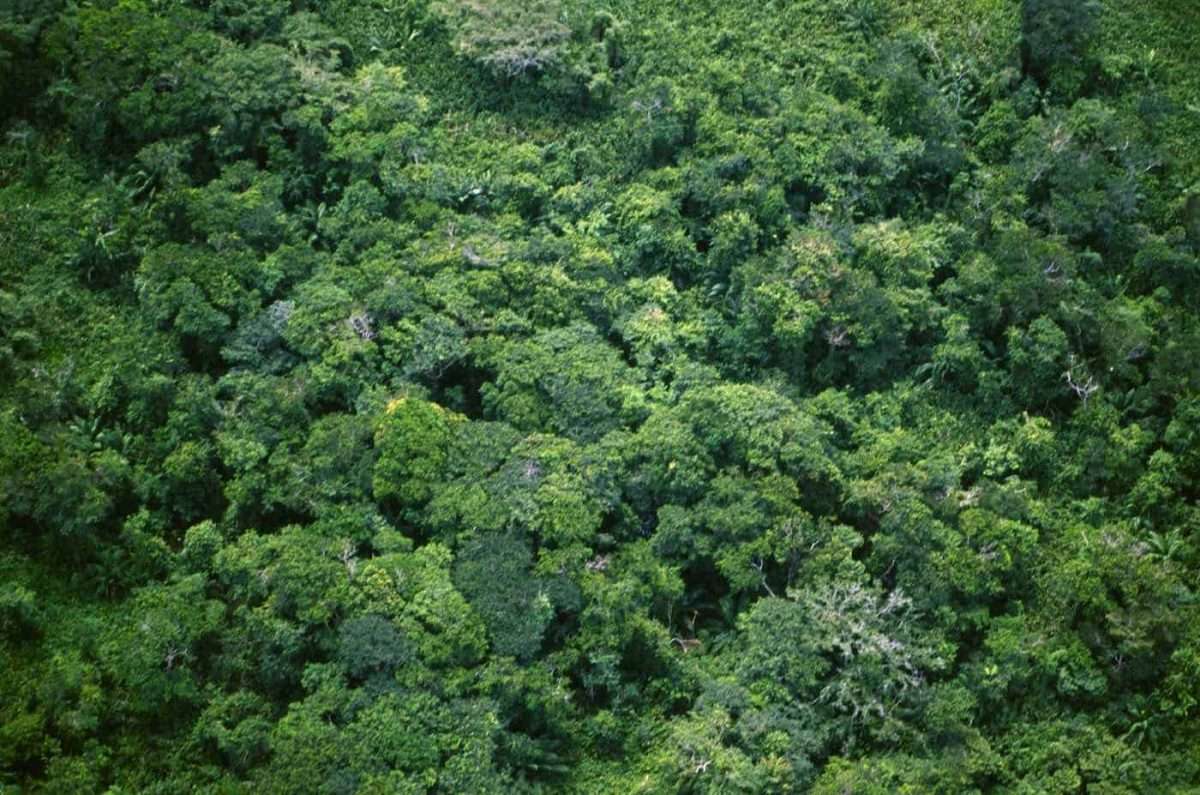 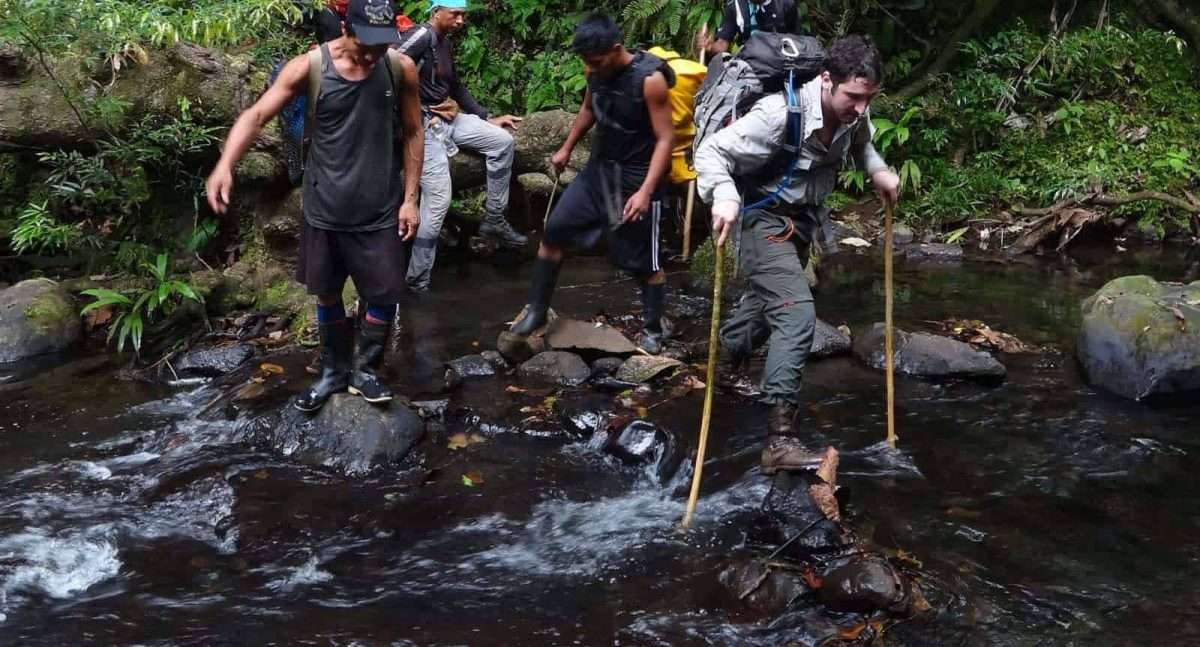 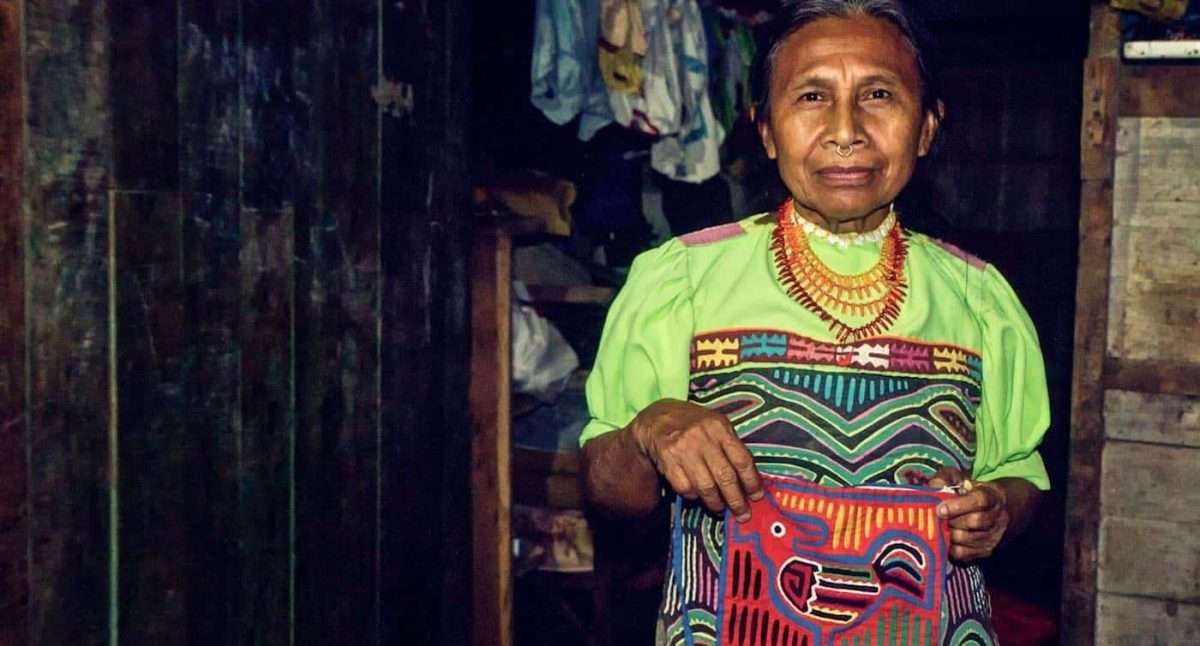 Cross the Darien Gap on this jungle trek expedition. Push yourself on a hike through the lush but dense jungles of Panama. An expedition holiday where you can achieve a goal that has been pursued by generations of adventurers.

What: Hike When: March
All about the Cross the Darien Gap, Jungle Trek, 14 Days, Hiking in Panama.

This is a true jungle experience, for those who want to push themselves.

You are attempting something challenging, and therefore truly rewarding.

It’s also a cultural journey, with opportunities to meet people and culture cut-off from the mainstream civilization.

Once you let us know that you’re interested in joining the expedition, we’ll start to ask several questions to get to know you and we will help to decide if this is the right trip for you.

You will need to be fit and highly motivated.

This expedition went off flawlessly. Rick’s solid knowledge of the area, inhabitants, wildlife, flora and fauna contributed to a remarkable experience. This is a strenuous trip – but well worth the effort. Highly recommended.

This is a fully planned and supported expedition, so it is only scheduled for specific planned dates. However, let us know if you have a request for a private group and we may be able to arrange something for you.

Check Out Other Cultural Holidays

The almost impenetrably dense rainforests of the Darien Gap are the one missing link in the Pan-American highway. Home only to a handful of lost civilizations, a myriad of unique species and mist-shrouded mountains – its humid depths and 5,000-year-old Petroglyphs have enticed souls for centuries. Take on this pioneering Hiking in Panama expedition to join the select few intrepid adventurers to cross the Darien Gap on foot.

The aim of this epic Hiking in Panama jungle trekking expedition is to cross the infamous Darien Gap on foot from Puerto Quimba to Playa Muerto. Forging a route through the humid, mostly uninhabited rainforests, which divide North America from South, you’ll uncover hidden, 5,000-year-old stone carvings – seen only by a privileged handful of explorers for generations. In the company of a renowned naturalist and local expert, you’ll meet Embera Indians en route. At night, you’ll wild camp in hammocks near isolated village communities. Cross The Gap to break through one of adventure travel’s final frontiers.

The Darien Gap is a geographical challenge, its almost impenetrable jungles the only break in the otherwise complete, 30,000-mile-long Pan-American Highway. For centuries the Darien Gap has attracted and seemingly swallowed up ill-prepared explorers in its canopied, labyrinthine jungles. Adventure writer, Hilary Bradt, describes it as a ‘swampy wasteland crawling with venomous creatures, ready at a moment’s notice to suck unsuspecting explorers into its oozing depths’.

This reputation has kept many would-be adventurers away meaning that crossing the gap remains a pioneering achievement for those who succeed. Of the handful of successful crossings in the last 50 years, the most well documented is possibly the 1975 motorized crossing undertaken by the British explorer, Col. John Blashford-Snell.

The Embera are one of Panama’s indigenous Indian groups, living in the Darien along the shores of the Chucunaque, Sambu and Tuira rivers. They live in small villages of five to 20 houses and have their own form of autonomous government and rules, separate from the Panamanian government. Some still live off the land hunting wild fish and game using traditional methods. While the Embera have long been known for their distinctive appearance – wearing brightly coloured skirts and painting their bodies in intricate geometric patterns – they’re just as likely to be wearing normal western clothes these days. Smartphones and satellite TV too are found in the jungle’s remotest reaches. Teammates keen to learn from a ‘host and guest’ experience when staying near villages (rather than expecting to observe contrived displays of traditional culture) will leave feeling rewarded.

Petroglyphs are rock engravings, often associated with prehistoric peoples. The ‘Yarre Mongara’ or Monkey Stone was documented by Robert Hyman (an American photographer-explorer) and Daniel Castaneda (a local Embera Indian) in 1995. Previously only known to the local Embera Indians who inhabit the area, the petroglyphs were dated to 3000-5000 BC. Hyman returned in 2005 to discover other sites, though the area remains largely unexplored with more sites potentially remaining undiscovered.

Arriving in what are now the Americas, the Spanish first settled in the Darien region in 1510. Their initial efforts to colonize were torched by indigenous tribes a few years later. Later came the Scots, who founded a coastal trading colony. They ultimately failed too, with settlers perishing from disease and attack and a loss of wealth so significant that Scotland was all but bankrupt. If history had played out here as elsewhere in the world during this period, the Darien would be today one of the most populated regions in the Americas. Instead, it remains as wild today as it was during the days of the attempted conquests.

Rick Morales is one of Panama’s most respected naturalists and guides having worked there since 1998. In recent years he has been directly involved with the rediscovery of the colonial trial, Camino Real Colonial. Rick is frequently quoted in articles and literature concerning the Darien Gap and its people, flora, and fauna. Feedback for Rick is consistently of the ‘embarrassingly good’ variety. His local connections and knowledge ensure that the team is kept best informed at all times, with teammates always keen to pick his brains on topics from the jungle and its inhabitants to the current or historical political situation in the region. In 2011 Rick became the first person to walk the Panama Trail, a through-hike from the Colombian border to Costa Rica. This is part of the Trans-Panama project which aims to develop and map sections of trail connecting regions and people throughout Panama.

Wildlife in the Darien

There is a staggering range of bird life in the Darien including the harpy eagle, four species of macaw, kingfishers and tropical toucans. The region is also home to jaguars, tapirs, anteaters, monkeys, iguanas, snakes, frogs and caimans. Despite its natural richness, expedition leader Rick is keen for teammates to arrive in the Darien with sensible expectations about bird and animal spotting. This expedition is a challenging trek in a region known for its wildlife rather than a staged safari with guaranteed sightings. He’s recently seen all manner of creatures from troops of monkeys to a stealthy puma so fingers crossed the forest is on your side.

Applicants will receive a Handbook with further Panama Hiking expedition information. Get in touch with any fitness, health, training or kit questions that remain. Panama Hiking Expedition leader Rick also prefers a Skype conversation with teammates in advance to ensure that fitness expectations and kit needs are met. Teammates must be comfortable with the following.

In Panama City, the team will stay in a hotel. Once in the jungle, teammates will sleep in hammocks strung between trees. In Playa Muerto at the end of the expedition on the shore, hammocks will be strung inside basic open-walled huts, on the edge of the beach. The hammocks have a built-in mosquito netting element so additional mosquito nets are not required.

The team will eat at local cafes or restaurants in urban areas. Once on the expedition, the food will be a mix of dehydrated trekking rations and food sourced locally from villagers. Most dietary requirements can be accommodated on this expedition, include details on your Application Form.

Transport on this epic expedition will involve bumpy rides in 4WD vehicles, trekking, and travel in indigenous canoes and coastal boats. Teammates should be open-minded and prepared to accept unexpected changes in itinerary or transport type if required.

The Panama Expedition Handbook contains a recommended kit list. This online Handbook is provided to all potential teammates upon application to join the team.

The tour package inclusions and exclusions at a glance.

Teammates will receive a full kit list which will answer most kit questions.

Our Darien expedition leader is very happy to have individual kit conversations via Skype with those booked onto this team in the build-up to departure to ensure everyone is prepared and has the right kit.

There will be mobile phone coverage in Panama City at the beginning and end of the expedition. Signal in the jungle is unlikely. Joining this expedition with the mindset of escaping technology and the day-to-day routine is advisable.

Power sources are infrequent in the Darien. Each teammate is advised to bring their own spare batteries or power packs. Due to the shade of the jungle, solar packs might not work as well as usual.

This expedition can accept people with some dietary requirements. Outline your specific needs on the Application Form to help us best provision the team and we’ll go from there.

We have operated successfully in this challenging region for many years on TV and film projects, working with the very best in-country partners. If any local developments affected the planned expedition region, robust contingency plans would come into play as with all our expeditions. In the case of the Darien expedition specifically, the team would undertake a challenging and equally adventurous jungle expedition in a different part of the Panamanian jungle. 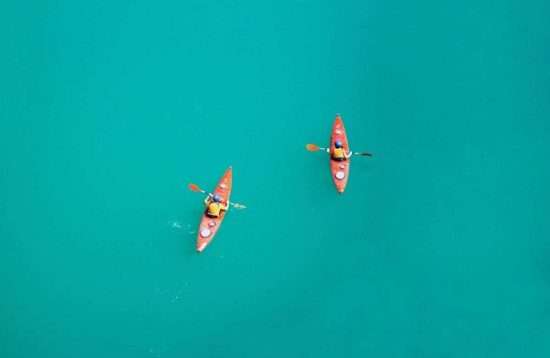 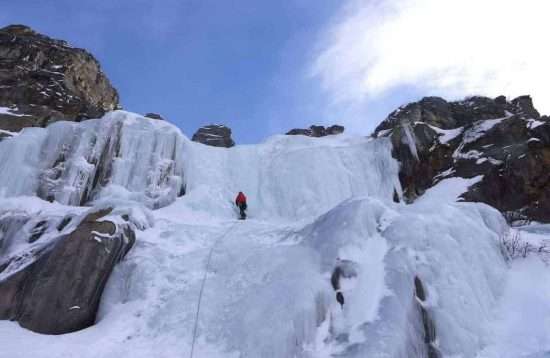 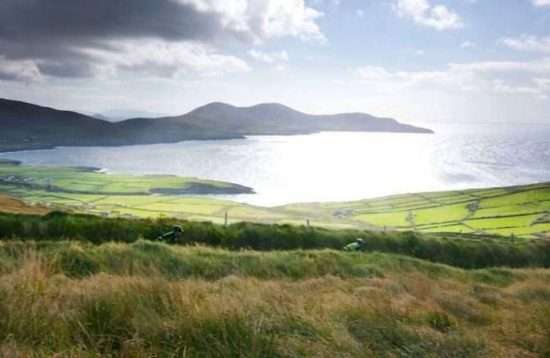