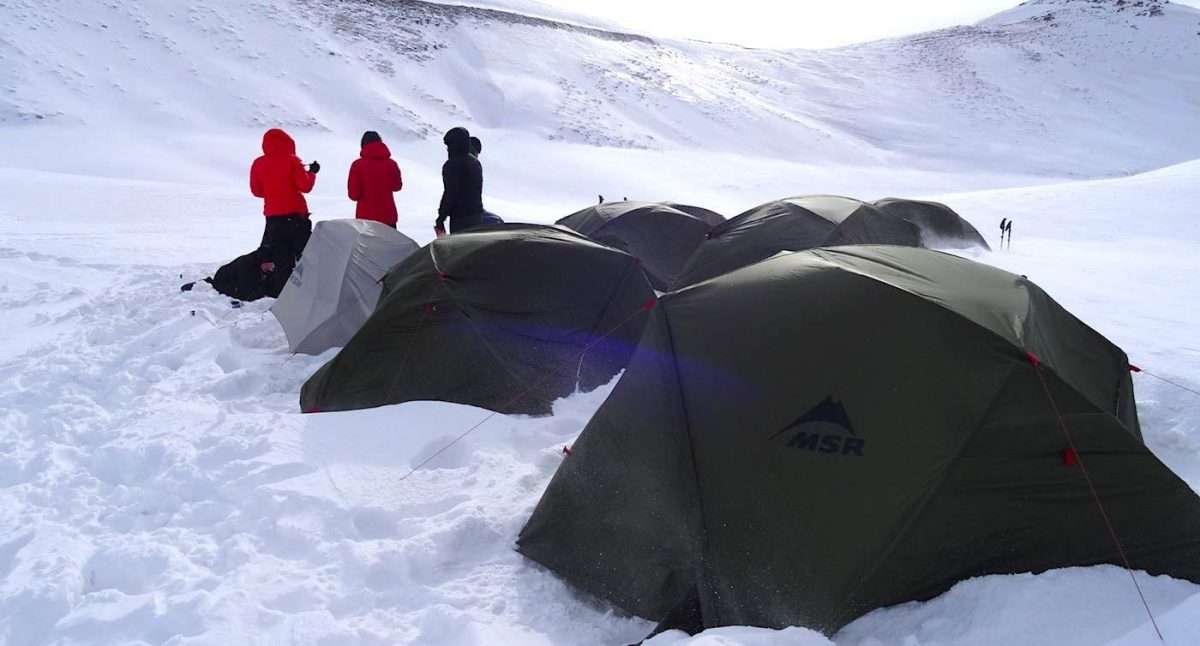 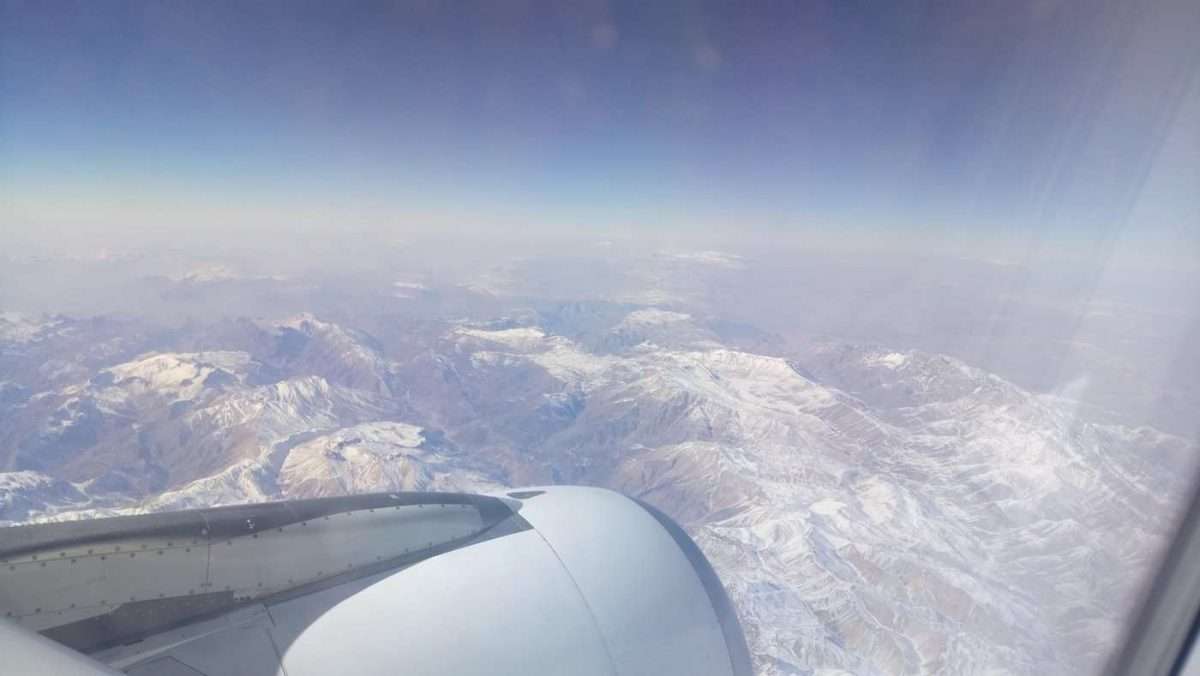 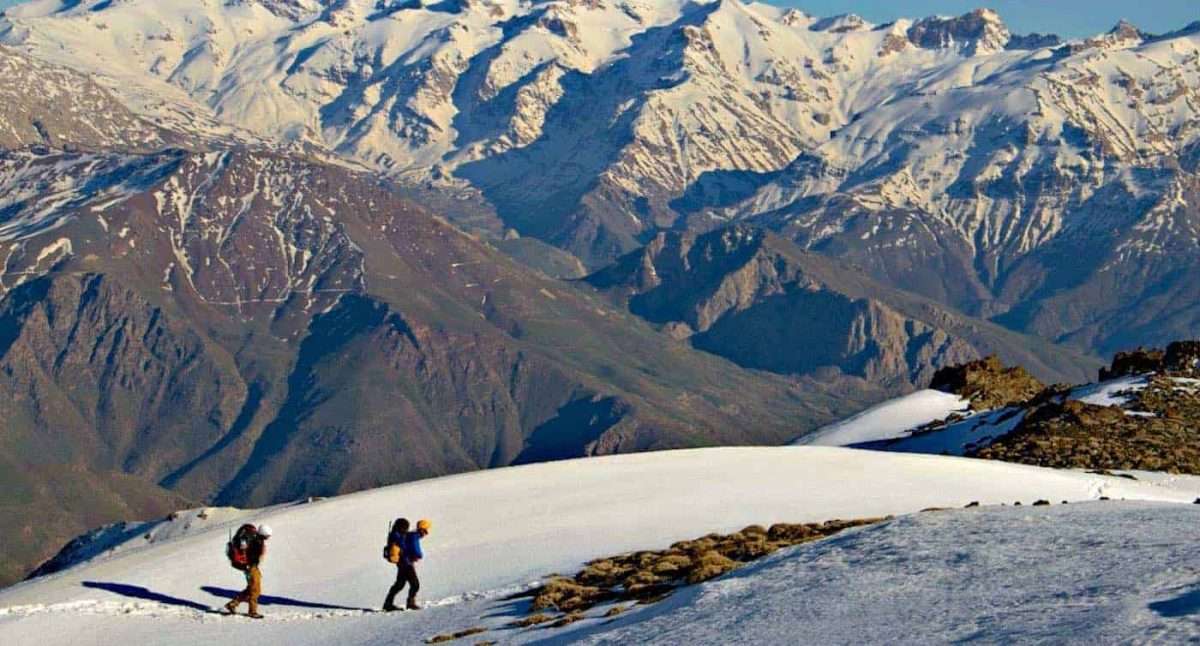 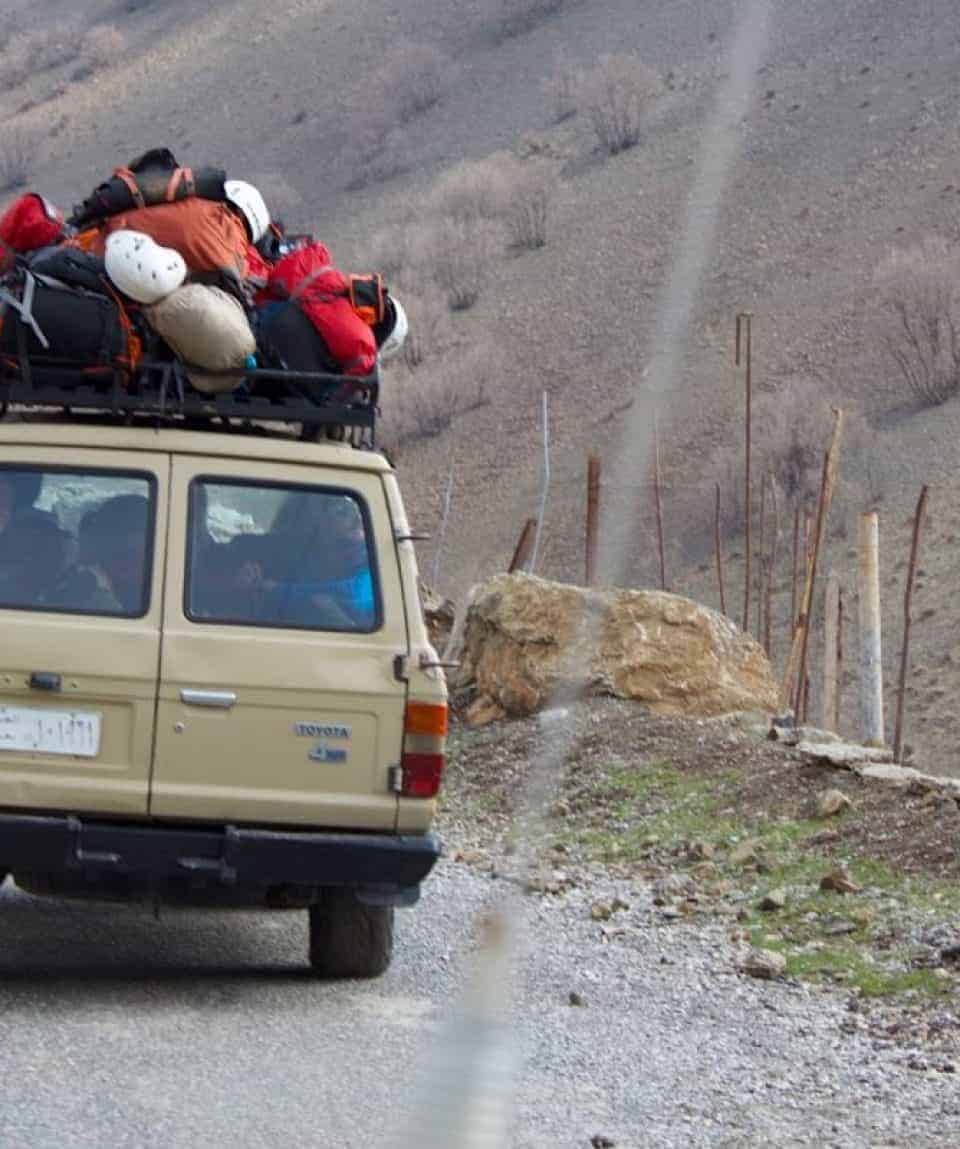 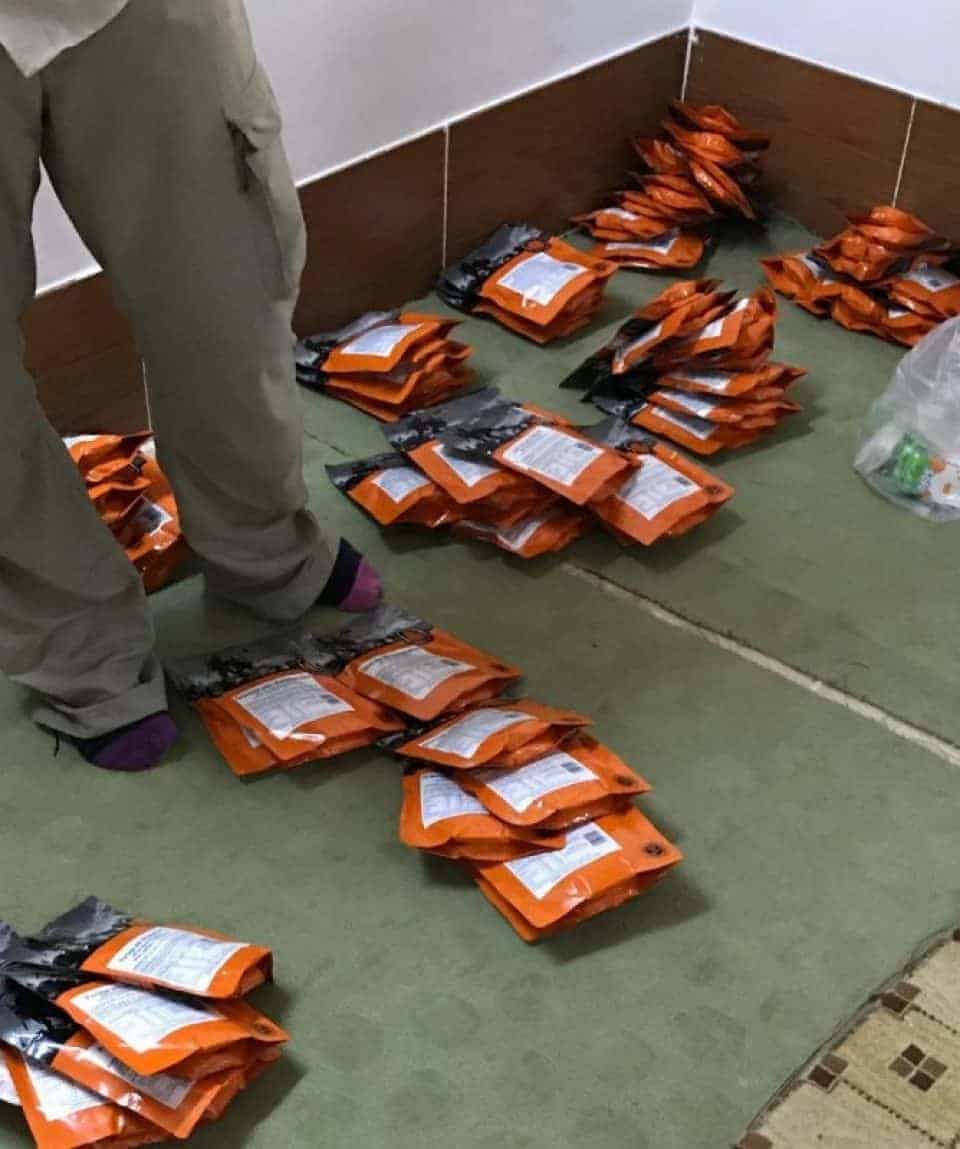 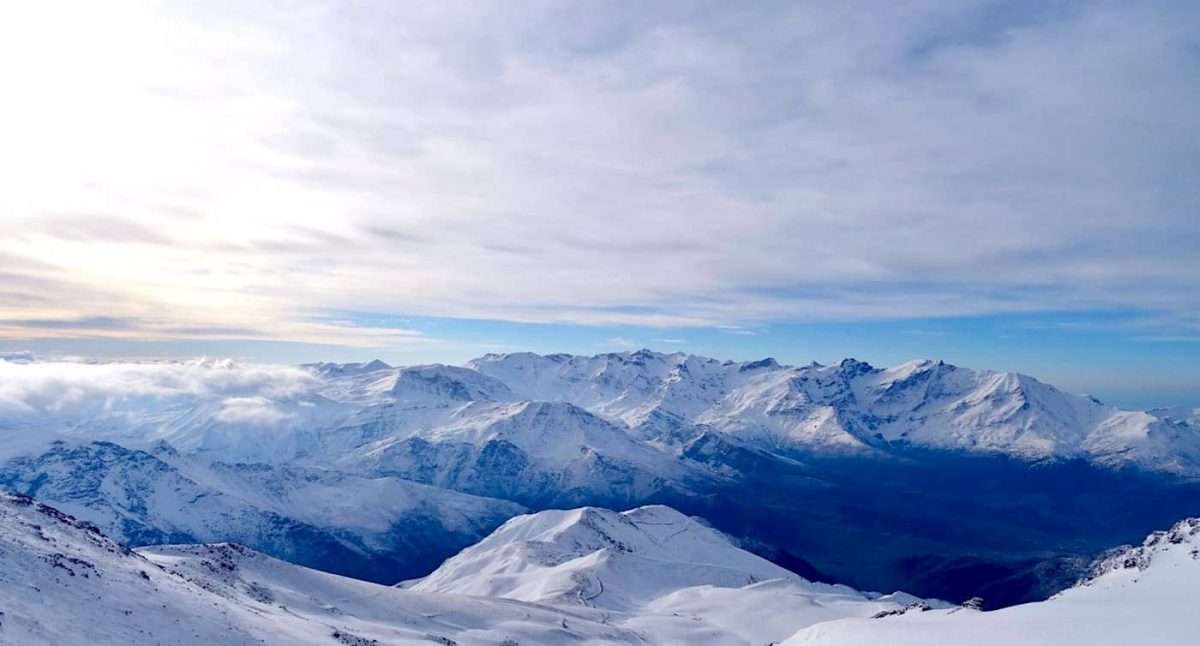 What: Climb When: March
All about the Hiking in Kurdistan, Climb Mount Halgurd, 9 Days, Climb, Iraq.

We start by hiking Kurdistan and then climb Mount Halgurd (3,607m). This snow-covered mountain is the highest climbable peak in Kurdistan’s Zagros ranges and the highest mountain that lies wholly within Iraq. So, this will not be an easy expedition. No, this will require you to be fit and ready to hike this beautiful landscape. Hopefully, finishing this expedition to Iraq by climbing Mount Halgurd.

You will also get an opportunity to discover Iraq and the Zagros mountain range. Hiking Kurdistan is a rare opportunity and a special kind of adventure holiday. Not only will you be hiking and climbing but, you will also get the chance to immerse yourself in the local culture. Discover the people and the way of life in Iraq.

The aim of this epic Climbing in Iraq expedition is to make a summit attempt on Mount Halgurd (3,607m). This snow-covered mountain is the highest climbable peak in Kurdistan’s Zagros ranges and the highest mountain that lies wholly within Iraq.

In addition to climbing Mount Zagros, this Climbing in Iraq expedition gives you the chance to experience the rich and hospitable culture of the Kurds. Explore Kurdistan’s incredible capital city of Erbil and enjoy a typical Kurdish welcome in the smaller mountain communities encountered en route to Mount Halgurd itself.

Mount Halgurd (3607m) is a trekking peak that does not require any technical experience. The skills required for the higher reaches of the mountain will be taught and practised on the lower slopes. This will include the use of ice axe and crampons, both of which will be provided, along with training in how to use them. Until the mountain was climbed in 2004 by British mountaineer Ginge Fullen, Halgurd was thought to be the country’s highest mountain.

Many still consider Halgurd to be the country’s tallest mountain although competition comes in the form of Cheekah Dar, arguably a few metres higher at around 3611m. Cheekah Dar, however, straddles the border with Iran and is not currently climbable (and not wholly within Iraq).

The Zagros range is around 1500 km long. Its mountains and foothills sprawl westwards from Iran’s western border into northern Iraq (Iraqi Kurdistan) and up to the eastern reaches of Turkey. This formidable natural barrier has for centuries kept cultural and political entities apart, from early Mesopotamian and Median cultures to the more recent Persian and Ottoman empires.

In addition to ethnic Persians, the surrounding regions are home to communities of Assyrian Christians, Kurds and Turks and many other significant ethnic groups with agriculture, animal husbandry, carpets and rugs the mainstays of many local economies. These mountains are considered sacred by the Kurds.

Kurdish people are renowned for their hospitality and generosity. A chance encounter can often lead to new friends and an invitation to tea or lunch, as teammates have discovered in the past. The fourth-largest ethnic group in the Middle East, up to 35 million Kurds live across the mountainous zones straddling the borders of Turkey, Iraq, Syria, Iran and Armenia. Their distinctive community is united through culture, race and language, though they have no standard dialect. Kurds belong to various religions and creeds with a majority being Sunni Muslims. Though they have no nation-state, there is a semi-autonomous Kurdistan Region in northern Iraq – the mountains of which are the setting for this epic expedition.

Teammates at all skill levels will find challenge and satisfaction in this expedition. Those new to higher mountains or environments requiring helmets, crampons and ice axes will learn everything they need to know to feel confident once up at higher altitudes. Those with significant experience will also find the peak enjoyable, with superb views of the surrounding peaks and valleys from the summit. In such a hard-to-access region, everyone will enjoy camping above the snow line and waking to find no other parties on the mountain: its peaks and slopes are all yours. For anyone wishing to learn mountain or Alpine skills in a more dedicated way, we run a ‘learn mountain skills’ expedition in Iceland and a ‘learn Alpine skills in Georgia’ expedition, though Mount Halgurd is an excellent first Climbing in Iraq expedition for any fit teammates keen to get their first taste for such snow-bound adventures.

Food in Kurdistan is plentiful. In urban areas it is usually kebab-based, served with fresh salads, rice and bread. During the trekking phase on the mountain, teammates will eat dehydrated trekking rations which come in a huge variety of flavours and can accommodate vegetarians (choices more limited). Expect to be invited in occasionally along the way, to eat delicious yoghurt and to drink traditional tea.

Departing from Erbil, the team can expect bumpy rides in 4WD vehicles and then trekking once in the Zagros mountains for the physical section of this expedition.

The Kurdistan Expedition Handbook contains a recommended kit list. This online Handbook is provided to all potential teammates upon application to join the team.

Crampons are spikey things that attach to the bottom of walking boots to facilitate trekking on snow and ice. For this expedition it is imperative that everyone’s boots are crampon compatible, a B1 rating boot is advised. Consult the internet or your local outdoors shop staff for advice. Secret Compass will provide crampons for all teammates.

Teammates are welcome to bring crampons, let us know so we don’t bring extra crampons out for you.

In Erbil and urban areas women will need to cover their hair/ heads with a scarf or similar. Modest other clothing (long sleeves, long legs) will also be required.

Once out on the mountain with just the team for company, there will be no need to cover hair (though you’ll want to anyway – with a nice warm hat!).

This will be very challenging with limited access to power once the trekking section begins. Please ensure that you are self-sufficient in terms of charging your appliances by bringing things like spare batteries, lightweight solar panels or power packs to avoid frustration.

Battery life can be a challenge in cold climates. If camera or phone battery life is of paramount importance, research the best ways to protect and keep your batteries warm and come equipped accordingly.

In Erbil, yes. Don’t rely on it but there has also in previous years been some signal on parts of Mount Halgurd.

Teammates with dietary requirements are welcome to apply for this expedition and should state their specific requirements when applying. The food situation is outlined in the Practicalities tab. 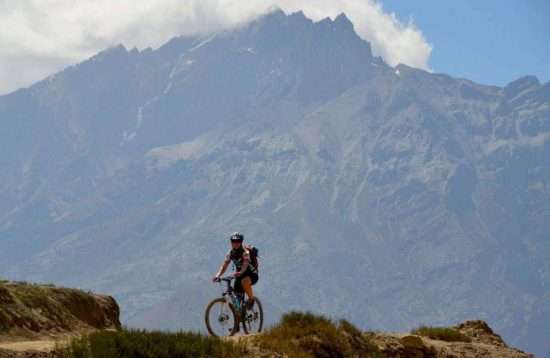 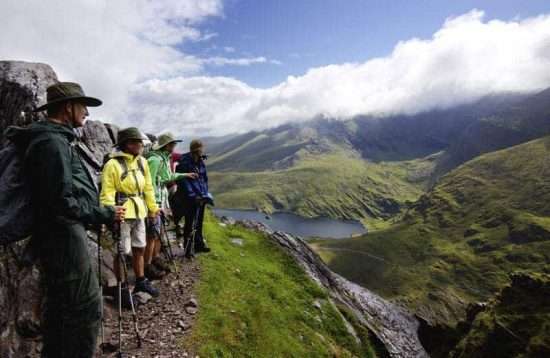 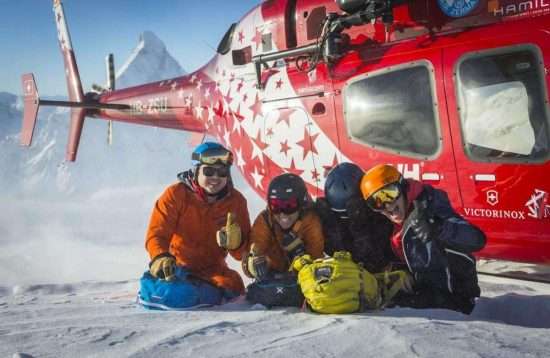